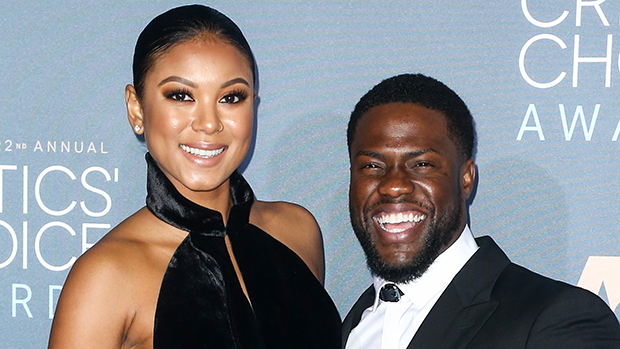 Say it ain’t so! A new video on July 19 seems to show Kevin Hart getting close with a young brunette. Is he cheating on his pregnant wife Eniko Parrish?

We REALLY hope this is just a misunderstanding. A new video surfaced on July 19 that seemed to show comedian Kevin Hart, 38, allegedly getting cozy with a hot brunette outside of his hotel in Miami on July 18 around 5 am. The problem? He has a pregnant wife, Eniko Parrish, 32, at home waiting for him. Yikes!

A source reports that Kevin spent more than 20 minutes hanging out with the woman in a Lexus. At one point, he allegedly climbed into the passenger seat with her to get closer! “It’s obvious they were up to no good,” said their source. “She kept looking over her shoulder and Kevin was pop-eyed when another guest walked by.” The outlet claims that Kevin had been partying with the girl at LIV nightclub, celebrating his birthday. “With his wife at home pregnant, Kevin’s behavior is way out of line,” another source told Radar. “His friends are in total shock. It’s disgusting that Kevin is doing this to her.”

Though the source reports that Kevin was “hooking up” with the girl, the duo doesn’t seem to be kissing or anything inappropriate in the video. it could be completely innocent! However, Kevin’s ex-wife Torrei Hart did reveal that Kevin cheated on her with Eniko, who he married in 2009. The couple announced they they’re expecting a child together in May, just two months before the shocking video was released. We really hope that this is all a misunderstanding, and that Kevin is not cheating on his wife, but we guess we’ll just have to wait and see!